Since its release in March of 2022, the Pax 2 was a trailblazer in many of the modern features that are now mainstream on modern devices including a motion sensor, portability, and choice of mouthpiece styles. Despite the quality of portable vaporizers increasing through the years, the PAX 2 still remains somewhat competitive thanks to its consistent vapor quality and form factor. In this review, we’ll be going over just how it stands in 2022 by giving your a rundown of how it works and performs in 2022. Let’s get into it. 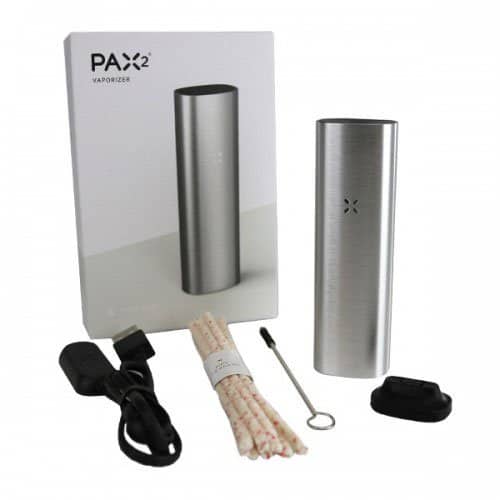 The Pax 2 uses a conduction oven that will fit 0.4g of finely ground cannabis. While it’s slightly smaller than the original OG Pax’s oven, it has more air ports for the vapor to pass through which will work very well until halfway through your session when they’ll begin to clog. As we’ll talk about later in the review, the four heating pre-sets are all pretty similar with not too much range, so the vapor quality is pretty much the same no matter what you choose. Still though, the stainless steel oven does an overall good job at extracting your THC, even if it doesn’t have full precision temperature control as the XMAX V3 Pro does. 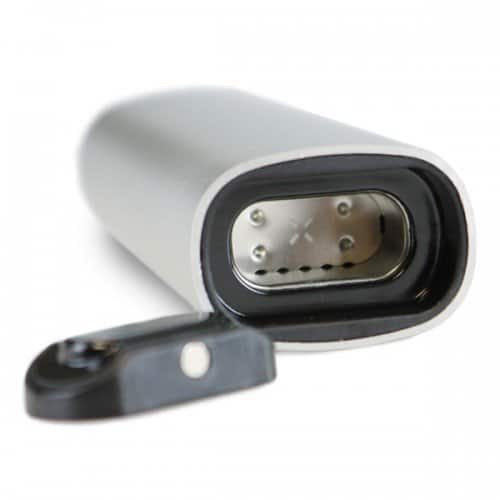 As most people have concluded, the PAX 2 is amazing for the first two hits as the clouds will be fairly big and full of awesome terpene taste. After those first few hits though, you’ll find that the airflow will start to become restricted as the airflow ports begin to get clogged. The edges of the oven will also roast your cannabis a bit unevenly, so the vapor you do get will quickly start to lose its taste. To solve this, I suggest stirring the bowl a few times throughout your bowl clear for best results. As we’ve stated the conduction oven tends to roast your cannabis unevenly. If you don’t stir and end your session prematurely when you begin to taste burnt, you might find that your cannabis is dark brown along the edges of the oven, and is just starting to turn light brown in the middle. If this is a deal breaker to you, then we suggest the upgrade to the Zeus Arc GTS Hub which has a superior conduction oven and dosing capsules system which will consistently fully extract your cannabis to a light brown.

Without something like the PAX 3 Concentrate Oven Insert, the PAX 2 can only be used with ground cannabis. If this is a dealbreaker for you, you might consider the PAX 3 Complete Kit, which comes with the dab oven as well as a ton of other included accessories that the Pax 3 Device Only Kit doesn’t have.

One place where the Pax 2 does shine is in the portability category! Especially for the time that it came out, it is still one of the most portable vaporizers of 2022. It’s only four inches tall and one inch across and with a gloss aluminum finish, it’s easy to slip it into any kind of pants pocket. Especially since the operation comes from the recessed mouthpiece, it’s very easy to get very discreet sessions in while you’re out in public. With a 2600mAh battery and limited battery-wasting user interface, you’ll be able to get over an hour of run time from the PAX 2. This will come out to about 8-10 bowl clears based on our experience which is still quite strong by today’s standards. The only real downside is that the battery is proprietary and relies on its own charging dock, so if you’re traveling and lose it, you won’t be able to simply pick up any USB-C cable like you would be able to on a modern vape like the Arizer Air MAX. Modern devices are starting to become standardized with USB-C charging, and the newest ones are also starting to have wireless QI charging. This is one category where the PAX 2 and PAX 3 are really starting to fall behind. To this day, the PAX 2 is one of the sexiest vaporizers ever made. It features a slick aluminum exterior and the four LED pedals are still sleek as ever. The only real design flaw is how quickly it needs maintenance. The air path just above the oven is very narrow and will need plunging about once every two weeks or so. Features like shaking to activate heating were groundbreaking for the time and set the stage for the best app on the market that the PAX 3 has. Even if it doesn’t have a display screen like the new Mighty Plus Vaporizer, the one-button system is enough to get the job done and isn’t hard to get used to. You’ll have two choices of mouthpieces to use, the flat/recessed mouthpiece, and the raised mouthpiece. The raised mouthpiece is a bit easier to inhale from, and the flat mouthpiece will be a bit more discreet for sessions in public. The four temperature settings are as follows: Personally, I’ve had the best luck using vape cleaning sticks to clear out the air holes in the chamber to keep the airflow working its best. Once I begin to notice the taste is a bit off, I’ll know that it’s time to plunge the air path with the included plunger tool. This will remove any kind of resin buildup that would otherwise badly affect performance. Once you’re done, just pop the oven screen back in and you’ll be good to go. It’ll be a good idea to knock out your chambers once you’re done to make maintenance easier in the long run.

Especially on Reddit, the PAX 2 has a bit of a love/hate relationship. While some people love it for its simple consistency, others despise it for being ‘overpriced’. The Pax 2 is for anyone looking to get into dry herb vaping that wants a portable, discreet, and durable unit that they can take with themselves on the go knowing it won’t attract any unwanted attention in public or break if accidentally dropped. If you don’t need any of the fancy features that the PAX 3 has, then the PAX 2 will keep you happy. Who’s it not for?

The Pax 2 is not for anyone that would consider themselves a cannabis connoisseur that will constantly be upgrading their vaporizers. While it’s consistently good, the PAX 2 is nowhere near the best and won’t be able to satisfy very heavy users like the Mighty+ or Arizer XQ2 can.

In conclusion, the PAX 2 still somewhat holds up in 2022! It does a good job at extracting your THC in its conduction oven as long as you are on top of stirring for an even roast. While it lacks a lot of features and functionality that the PAX 3 Complete Kit has, it’s still a decent choice for newbies to get into vaping with. Definitely consider the XMAX V3 Pro as an alternative though if pure vapor quality is more your thing, though!

Also, be sure to check out our thoughts on the PAX 4 release! The Hydrology 9 NX is a portable vaporizer that stands out in the market because of its unique... As two of the best portable dry herb vaporizers, the Mighty+ and the AirVape Legacy Pro have been... 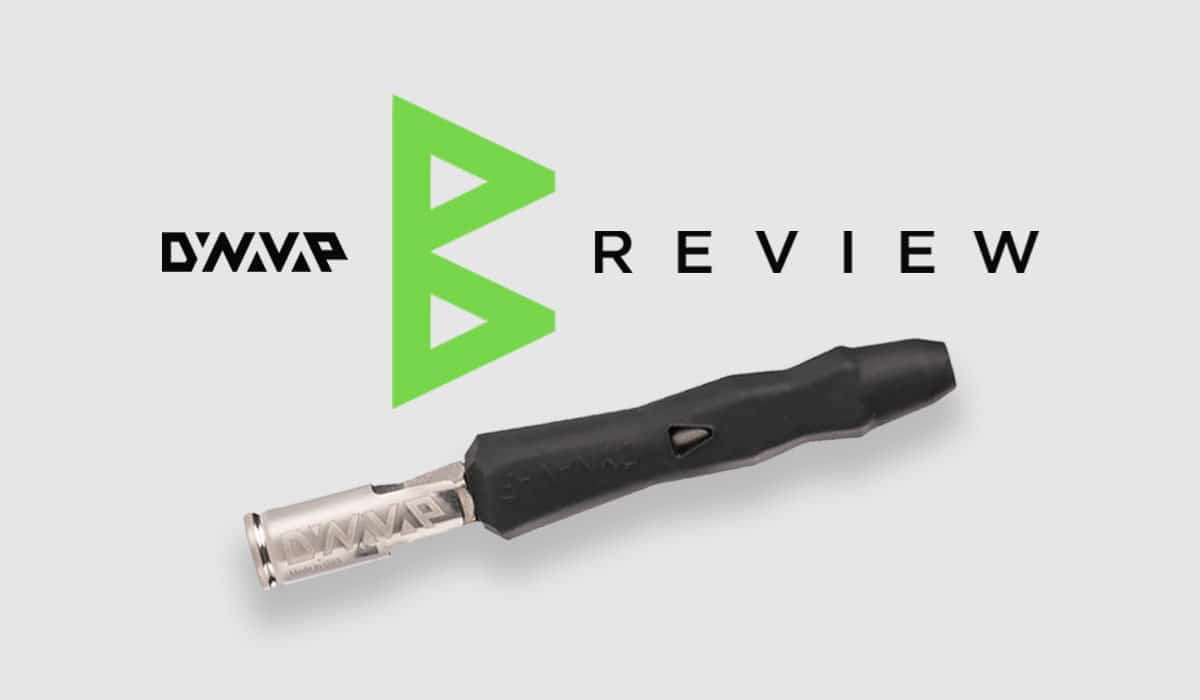