Wax Pens might be the most popular cannabis product in the entire legal industry, not just the vaporizer market. What are the top wax pens available right now? Which ones can vaporizer low viscosity concentrates like oil and which ones are just purely used for waxy concentrates? Which pens have the best coils, build and vapor quality?

This section is all about the top wax pens out there and how to get the best experience when vaping concentrates. We handpicked each pen and evaluated based on many factors beyond vapor quality and the coil types. These devices are also ranked based on customer feed backs and how they have performed to date and we update this list regularly to bring you the most up to date rankings.

At the end of 2021, Utillian released the long-awaited Utillian 5 V3 with updated key features that are sure to solidify its position as one of the best wax pens for years to come. END_OF_DOCUMENT_TOKEN_TO_BE_REPLACED 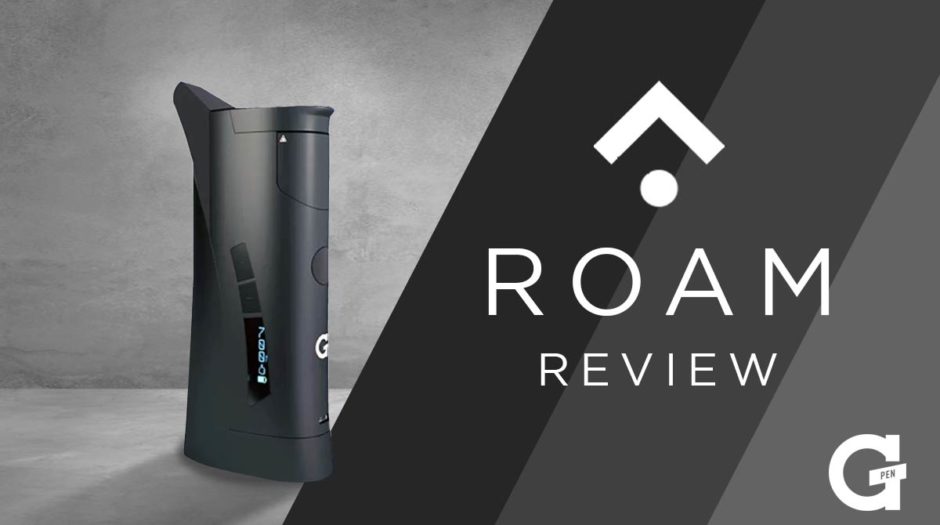 While G Pen had a mixed reputation at the beginning, they’ve put out some unique and very innovative vapes like the G Pen Connect and G Pen Nova. The new G Pen Roam is an interesting new wax vaporizer/e-rig which packs in a lot of features. A spill-proof bubbler, quartz atomizer, and compact design are some of its marketing traits. Read on below to see more of our G Pen Roam review! Check out our other wax vape reviews to see what else is out there and get a feel for what’s right for you. END_OF_DOCUMENT_TOKEN_TO_BE_REPLACED

With the latest wax pen release from Dr. Dabber, there has been a lot of buzz about the Stella.  It's a concentrate pen that has focused on maximum power output and USB-C convenience, but is its limited battery overpowering of this? In this Dr. Dabber Stella review, we'll be going over all of the key features to help you decide if it's worth picking up or not. END_OF_DOCUMENT_TOKEN_TO_BE_REPLACED 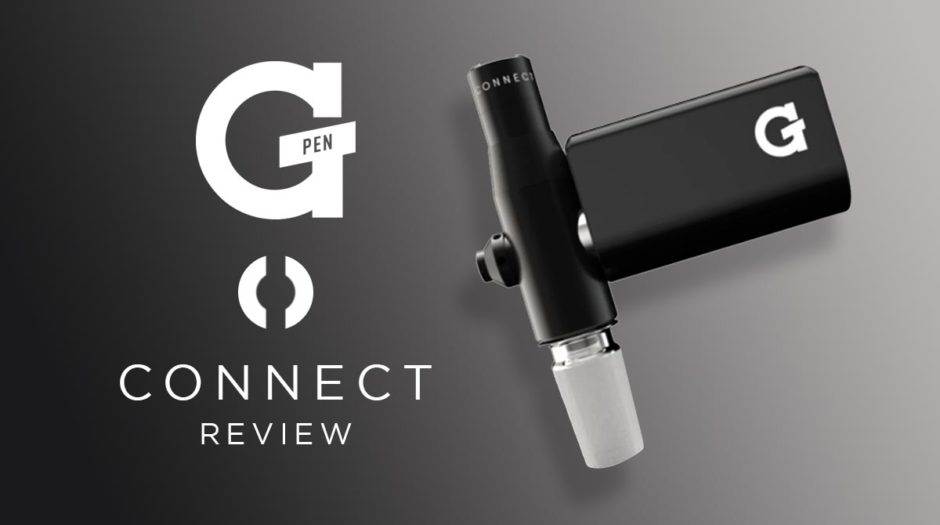 A fun little invention by the team who brought us the G-Pen Elite, the G-Pen Connect is an alternative to an e-rig with the same results. Designed to slide on a standard 14 or 18mm joint, the G-Pen Connect promises to turn any bubbler into a high-quality and simple to use dab rig. Does it connect the dots the way we hope, or is it just another fun toy to add to the collection? Check out our G-Pen Connect review here for more info! END_OF_DOCUMENT_TOKEN_TO_BE_REPLACED

The brand new G Pen Micro+ is here with a new take on the wax pens and vape pens categories with a concentrate vaporizer that is able to thread 510 oil cartridges, as well as use its included coils to vape dabs. With three pre-set temperatures, haptic feedback, and a mouthpiece cap, there is a whole lot to love about this unique concentrate pen. In this review, we'll be going over these key features and more to help determine whether it's the right purchase for you or not. END_OF_DOCUMENT_TOKEN_TO_BE_REPLACED 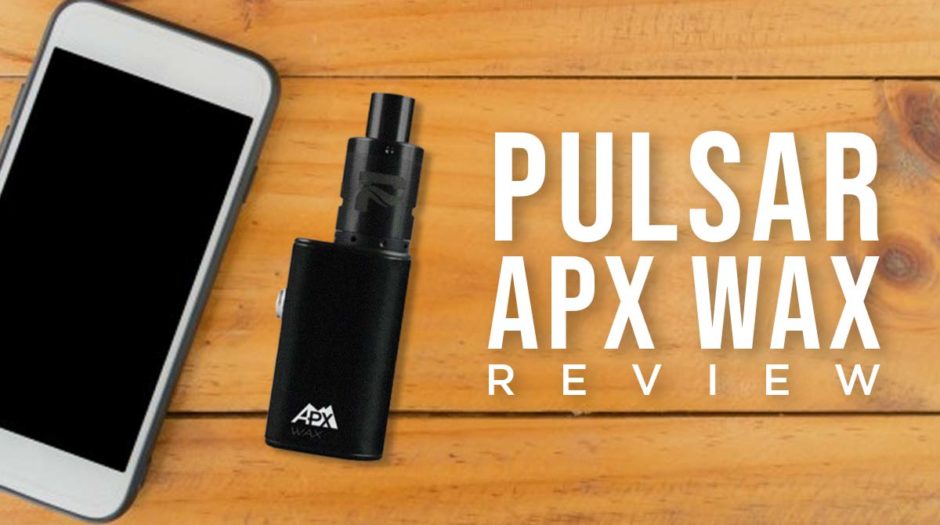 The Pulsar APX wax vaporizer is very compact, but it delivers some serious power. It’s only 3.5 inches tall, but don’t let its height fool you. Good things sometimes do come in small packages and that sentiment holds true with this small but mighty device. Keep reading our Pulsar APX wax vaporizer review for all the details! END_OF_DOCUMENT_TOKEN_TO_BE_REPLACED

Should you buy the Yocan Evolve Plus XL?

As a portable dab pen with a 1400mAh battery and solid metal design, there is a whole lot to love about the Yocan Evolve Plus XL. As the newer version to the Plus, new and old features like adjustable airflow, improved coils, integrated storage container, and more. In this review, we’ll be going over these key features and comparing them to other devices on our best wax pens list to help you make the right decision when it comes to your new dab pen!

With its super sturdy metal body and threaded design, this is a heavy-duty dab pen that you won’t have to worry about damaging when you’re out on the go. the included lanyard keychain will also help with that, as we’ll touch on later in the review.

What’s in the Yocan Evolve Plus XL Kit?

In the Yocan Evolve Plus XL kit, you’ll find:

Is the Yocan Evolve Plus XL portable?

Coming in at 4.72 X 0.75 in, the Evolve Plus XL is about the same size as a standard nicotine vape and will fit into most pockets with ease. While it is a bit on the heavier side, the metal is more a preference in this day and age and does feel better in the hand when compared to the Dr. Dabber Stella.

The quad coils will be able to go through your favorite kinds of dabs, resins, wax, etc. with ease if you hold the power / heating button down long enough.

With a 1400mAh battery life, heavy users should be able to get a full days of use out of their Plus XL. As the heat-up time is very fast with the quad coils between 2-5 seconds, it is well optimized for fast sessions. The battery is housed deep within the metal body as well, so you won’t have to worry about potential damage from dropping it. Compared to newer devices with USB-C charging though, the XL does lag a little behind with a two hour charge with the included micro-USB cable.

Compared to the older model, the Yocan Evolve Plus, the XL features a larger battery, more rugged design, adjustable air flow, and overall improved design. The top cap is now magnetic and pops off for much easier access to the coil threading.  In my opinion, the wider body also looks much better, as well as the larger mouthpiece for better airflow.

How to use the Evolve Plus XL?

To use your new Yocan Evolve Plus XL, the first thing you’ll want to do is charge it fully, and then run a burn off cycle or two. To turn the vape on, just press the power button five times within two seconds, and then to fire up the coils just press and hold the same button down.

When it comes to actual usage, you’ll want to have the device already turned on and from there, remove the magnetic mouthpiece and then unscrew the coil airflow cap to reveal the quad quartz coils. Once you load them with the included dab tool, thread the airflow cap back on, followed by popping the magnetic mouthpiece back on. If you want to adjust the airflow, you can do so by twisting the middle steel part where the notches are. More airflow will mean easier airflow and better taste, where less means improved cloud production and harder pulls. When you’re ready to inhale, just press and hold the power button down for around five seconds before you inhale.

Once you’re done your session, power the vape down by pressing the power button five times in two seconds again. To clean the coils, we recommend some vape cleaning sticks to use while the coils are still hot to wipe out any residue you might want to clean out.

How to clean the Yocan Evolve Plus XL?

As mentioned, the only real thing that you’ll have to clean and maintain are the coils. If you begin to notice a burning flavor or decreased vapor quality, this might be an indication that it’s time to swap our your Yocan Evolve Plus XL Coils. They aren’t the most durable design, and as they favor quick heating and are quite thin, you’ll most likely get about a month of quality usage out of them. This feature doesn’t quite match the rest of the awesome manufacturing on the dab pen, but at the same time, the XL is very affordable, so that’s the trade off.

When it comes to cleaning the rest of your vaporizer, you can use a vape alcohol wipe to get rid of the grime from the stainless steel body, as well as any resin buildup around the mouthpiece cap.

With your Evolve Plus XL, you’ll only have a 14-day coverage against manufacturer’s defects, so make sure that you give it a try as soon as you get it!

In conclusion, the Yocan Evolve Plus XL has a lot of great features going for it like its adjustable air flow, massive 1400mAh battery, and stainless steel design. However, its held back by a few things like the fully threaded design and Micro-USB charging. More modern best dab pens have easier ceramic cup designs with faster and more readily available USB-C charging that beat out the XL, like the Dr. Dabber Stella or G Pen Micro+. Where the Plux XL does shine though is its battery and affordability. If you’re a heavy user that is trying to stay budget friendly, then this will be one our top picks for you.

Article Name
Yocan Evolve Plus XL Review
Description
As a portable dab pen with a 1400mAh battery and solid metal design, there is a whole lot to love about the Yocan Evolve Plus XL. As the newer version to the Plus, new and old features like adjustable airflow, improved coils, integrated storage container, and more. In this review, we'll be going over these key features and comparing them to other devices on our best wax pens list to help you make the right decision when it comes to your new dab pen!
Author
Tools420
Publisher Name
Tools420
Publisher Logo 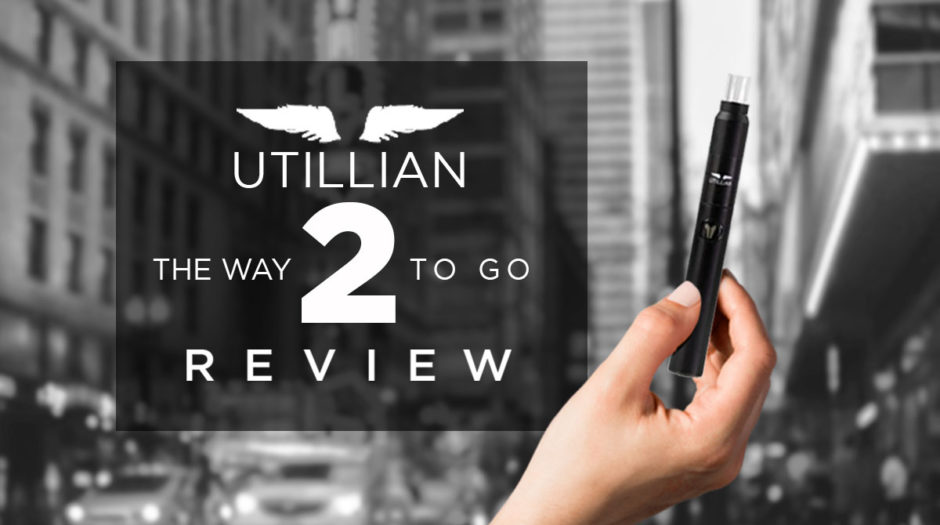 Utillian has been putting out a lot vapes lately with improvements in quality with each coming release. We thoroughly enjoyed the Utillian 620 and Utillian 722 herb vapes, and the Utillian 5 as a solid and attractive wax vaporizer. The new Utillian 2 is a smaller, ultra-portable alternative to the solid and larger brother, the Utillian 5. With 4 voltage settings, a small form factor, and easy operation, is the new Utillian 2 worth it? Check out our Utillian 2 vape review here for more info! END_OF_DOCUMENT_TOKEN_TO_BE_REPLACED 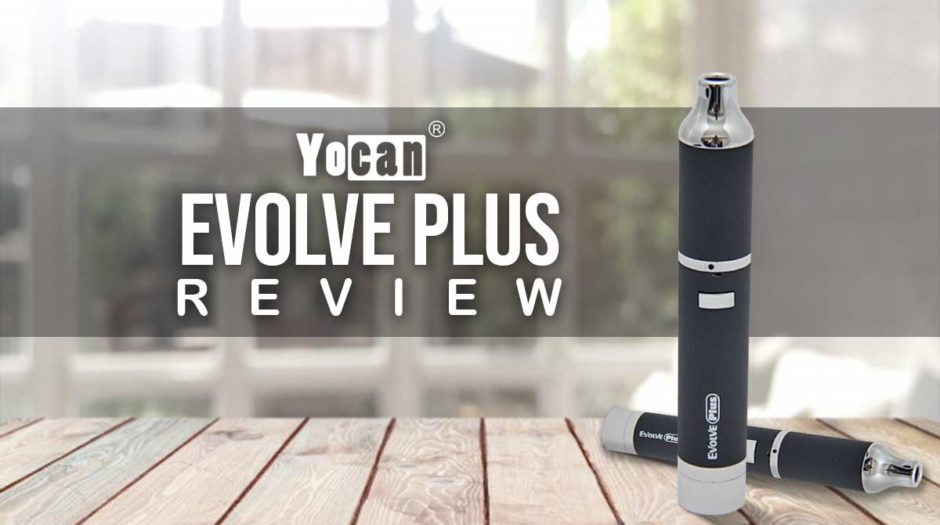 The Yocan Evolve Plus is an affordably priced wax pen that is easy to use, has a strong battery life, and a storage container built into the device itself. This unit is very simple to understand and use, and might be a good starter wax pen for a newbie looking to enter the world of vaping concentrates. Is it the right wax pen for you? Keep reading our Yocan Evolve Plus review and decide for yourself. END_OF_DOCUMENT_TOKEN_TO_BE_REPLACED 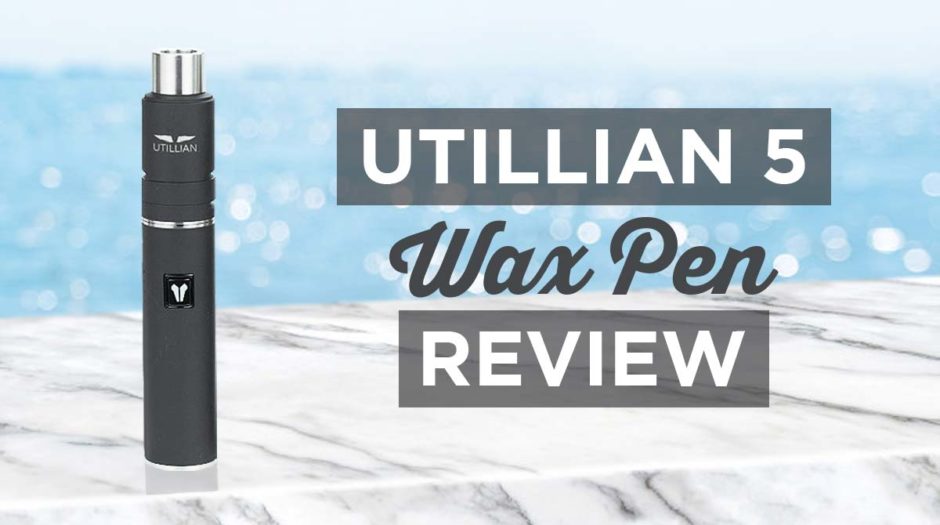 The Utillian 5 vape is the flagship device from the Utillian brand, offering durability that is built to last. This wax pen packs a punch, giving you some seriously milky hits. If you’re in the market for the Utillian 5 wax pen for sale, you probably have some questions as to whether this unit is right for you. Read on to discover its strengths, weaknesses, and for our thoughts on the Utillian 5 pen. END_OF_DOCUMENT_TOKEN_TO_BE_REPLACED