Should you buy the XMAX V3 Pro or Arizer Solo 2?

If you’ve been thinking about quitting smoking weed and moving to dry herb vaping, then two of the top recommendations from the community would be for the Arizer Solo 2 or XMAX V3 Pro. They work very similarly with a heating element placed right under the oven where the hot air will rise through the chamber to extract your THC. For users looking for laid-back sessions, these are two great devices and in this review, we’ll be breaking the comparison down into individual categories so that you can choose the right one based on your unique preferences.

The main difference between the two vaporizers is the fast, hard-hitting style of the XMAX V3 Pro vs. the slow sipping style of the mainly conduction Arizer Solo 2. As we’ll get into later, much of the other details are quite similar besides the Solo 2. Out of the box, the V3 Pro uses a plastic mouthpiece which might be considered its weakest point as it’s slightly awkward to use. The air intake ports also create a whistling noise as they pass air through to the chamber, and this is certainly not a pro for the device. Besides those two small faults, each vaporizer uses an OLED screen and three buttons that are quite similar to one another as you’ll be able to turn the power on and set a precise temperature. The Solo 2 has some small additional settings like noise and session timers from 5-15 minutes, whereas the V3 Pro uses vibrations and a session timer range of two to six minutes only due to its faster extraction. As a pure convection dry herb vaporizer, the XMAX V3 will pass hot air through its 0.3g metal chamber to provide a lot of THC extraction in a short amount of time. With a heat-up time of only twenty seconds in session mode, or even less in on-demand mode, you’ll have access to big clouds almost instantly. With the Arizer Solo 2, while it will heat up in a similar amount of time, it will take over a minute for the stainless steel oven to catch up and ‘heat soak’ the ceramic heating element in order to begin producing vapor. As it’s mainly conduction, it will also lose heat in between hits, meaning that it takes much longer to clear the 0.2g bowl, upwards of ten minutes. Is the V3 Pro or Solo 2 more portable?

While the XMAX V3 Pro and Solo 2 certainly aren’t the most portable vaporizers on the market, they will still be able to fit into larger pockets: XMAX V3 Pro Specs: 6x1x1in – Weight: 105g Arizer Solo 2 Specs: 4.5 x 1.38 x 1.75 in – Weight: 210 g As most fans of these devices tend to have a large number of accessories for the vaporizers, a Tools420 Lockable Vape Case is going to let you keep everything you need in one secure place.

With an included wax cup in the kit and a solid temperature consistency with extended long and slow draws, the XMAX V3 Pro is very viable for concentrates. On the Solo 2, while you’ll be able to use concentrates in the chamber, overall it won’t be the best concentrate vaporizer due to the resin really dirtying up the stainless steel oven and four intake ports on the glass stem mouthpiece. Just know that neither device will get hot enough to vaporize hash. For a portable device that can go through hash, the Dr. Dabber Stella is going to be your best bet.

Which vape has the better vapor quality?

In terms of pure vapor quality, the clear winner in this category is the Arizer Solo 2. Thanks to the 110mm glass stem, isolated air path, and less powerful heater, you’re going to be getting nothing but the pure terpenes of the ground loose flower in the chamber. With the XMAX V3 Pro, I’d be more inclined to say that it has focused more so on vapor production than it has on flavor. While you can run it at a lower temperature for enjoyable flavor, it simply just doesn’t excel in the same way that the Solo 2 would in this regard. The vapor will be wispy and you won’t get as much of the toasty terpene rush that the Solo 2 pumps out running below 380F. The XMAX does have its strong points though, as use with vaporizer bubblers and bong adapters have a huge benefits in creating awesome vapor quality. For an affordable boost to vapor quality on the Solo 2, you can run it through the Solo 2 Bubbler, which will work with the same style as the original mouthpiece by having the chamber at the bottom, and then a mini bubbler section in the middle of the mouthpiece. This category ultimately comes down to your personal preference of whether you want to have a swappable battery or a very strong proprietary battery. With an efficient 3400mAh battery and low power output ceramic heater, the Solo 2 battery will last you a massive three hours of battery life out of the box. For the XMAX V3 Pro, the 2600mAh battery will give you about 45 minutes of battery life due to the device being much more focused on fast power output. However, it does have its strengths due to the more versatile USB-C charging port and swappable batteries. With a Tools420 Vape Case, you’ll be able to easily store everything you need like a battery bank or spare batteries to keep the party going while you’re out on the go. Ease of use comparison

Both vapes work quite similarly at face value. With the XMAX V3 Pro, you can operate it by first removing the mouthpiece and loading it in the metal chamber with 0.3g of a medium grind, slightly compressing it with your pinky or the stir tool on the mouthpiece so that nothing will be resting against the metal screen filter and blocking the airflow. Once you reattach the mouthpiece, you can turn the vape on by pressing the power button three times. If you have the vape set to session mode, it will automatically begin climbing and will reach the max temperature within 25 seconds. You’ll also be able to set the session timer to a maximum of six minutes, but most people will find that they can fully clear the bowl around the five-minute mark or less as the convection system is very efficient and powerful. Once you’re done, simply knock out the bowl with the stir tool on the mouthpiece For the Solo 2, you will first start by removing the glass mouthpiece and loading the bottom portion with 0.2g of your medium ground loose flower. Once you place it back in, press and hold the power and up arrows for a few seconds until it turns on. Once you adjust the temperature with either the up or down arrows, the device will automatically begin heating. Although the oven will reach temperatures in thirty seconds, you’ll often have to wait up to 90 seconds for the vapor production to really ramp up. This is why it has a reputation as a slow extractor. While this makes it a great portable dry herb vape to share with friends, it isn’t the best for those looking to microdose or fast sessions. I’d give this category to the XMAX V3 Pro for the benefit of its included stir tool on the mouthpiece which you can use to easily knock out your used bud out of the chamber. That’s not to say that the Solo 2 is not easy to maintain, but the chamber can be a bit annoying if you don’t have anything around you to knock the bowl out besides your fingers. The glass stem is the only thing that will really need cleaning and this can be achieved with vape cleaning Q-tips intermittently, or by soaking in isopropyl alcohol for twenty minutes when it starts to have buildups and get discolored. On the Solo 2, you’ll have a warranty of 2 years on functionality and 1 year on the battery. On the XMAX you’ll have a one-year warranty and in terms of longevity, it’s not uncommon to hear about Arizer devices lasting upwards of five years with people still loving their first-generation Solos and Airs. On the XMAX, the manufacturer has a solid reputation in the community and since it’s been selling like wildfire since its release, there has been no real bad news about failing devices or being unable to claim a warranty.

In my opinion, the XMAX V3 Pro is the best vaporizer for use with a bong on the market. My personal favorite is to use the XMAX V3 Pro Silicone Bong Adapter with a large bong since it has such great airflow. For people looking for water-cooled sessions while they’re on the go, the integrated V3 Pro bubbler is going to be a must-buy accessory, and for pure glass enthusiasts, the 14mm XMAX V3 Pro WPA is going to be their best alongside the 14mm globe whip bubbler. For the Solo 2, the budget-friendly option is going to be using the DynaVap Fat Mouthpiece which you can place over the end of the glass mouthpiece to be used as an airtight 14mm adapter. You can also choose to use the Solo 2 Bubbler, but the 14mm Solo 2 Adapter and 14mm curved tip bubbler is the more popular choice for cannabis connoisseurs. In conclusion, with an awesome flavor and powerful batteries, these are definitely the two best budget vaporizers besides maybe the DynaVap. They are both super easy to use and are true fan favorites and will continue to be for years to come thanks to their high manufacturing quality. It really comes down to whether you want the slow extraction of the Solo 2 with a massive 3-hour battery life or a faster session style with swappable batteries. Is our comparison accurate? If not, what do you think is the best? Let us know in the comments. Check back right here to Tools420 for more great reviews just like this one. Follow us on social media for updates and to be entered to win prizes! Until next time, it’s 4:20 somewhere! Be sure to also check out these other reviews: XMAX V3 Pro Review  XMAX V3 Pro vs DynaVap M
Summary 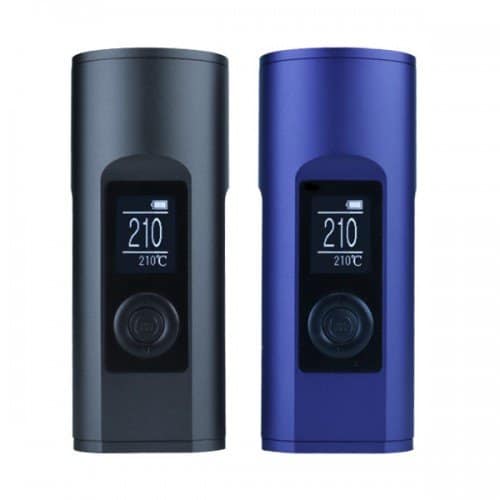 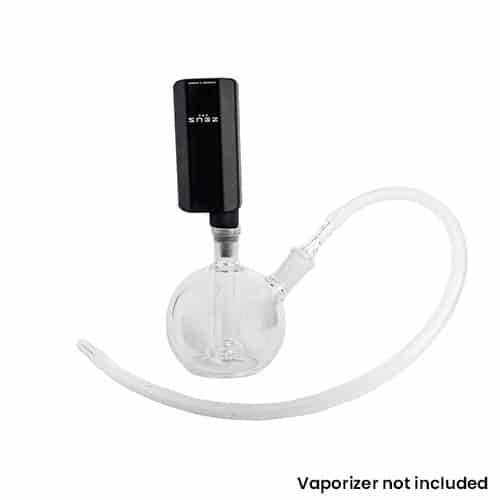 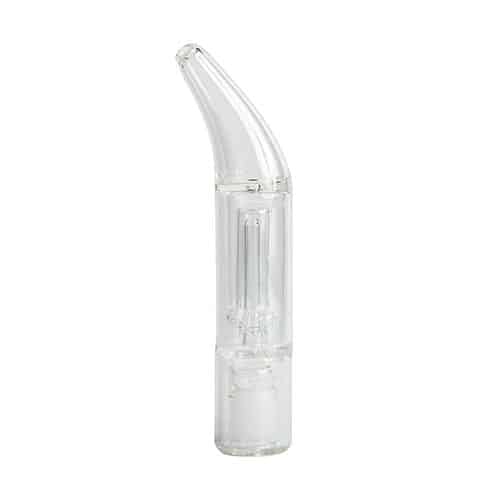 The PAX 3 is an impressive and innovative portable vaporizer for dry herbs. The complete advanced...

With up to three hours of battery life and an easy to use glass stem chamber mouthpiece, the Arizer...

They are both similarly priced and perform about the same - So, which should you buy? In this...

Battle of the affordable convection vaporizers - Learn more about their key features....